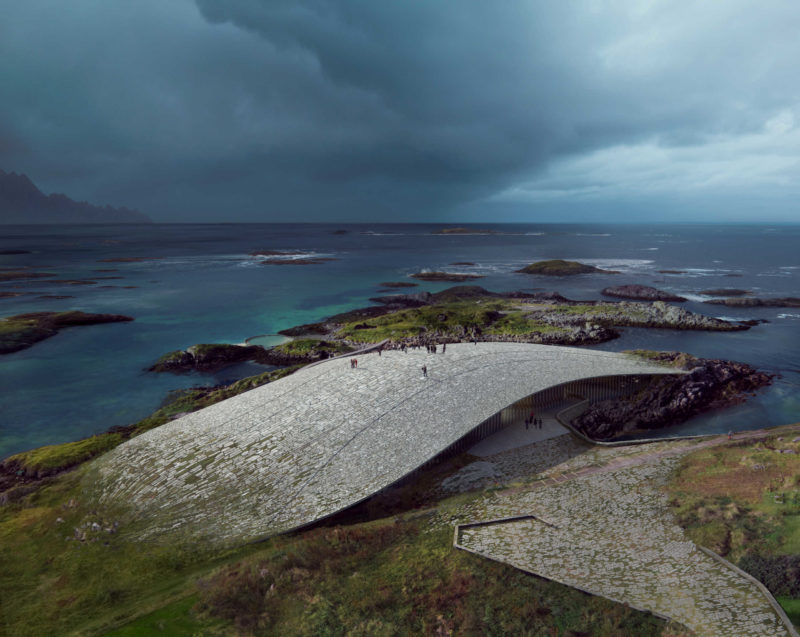 It’s always a heavy decision when you have to weigh whales.

When it comes to whales, we’re usually concerned about watching them, not weighing them.

Yet the decision to open The Whale on a small Norwegian island has been surrounded by controversy.

(I’ll wait while you open that image.)

(Or this one, with the design firm’s renderings.)

It has, it’s seemed, been difficult to weigh the benefits of The Whale.

Turns out when you discover a 1,000-year-old farm mound from the Iron Age, it complicates things a little bit.

There are remains from what was the largest fishing village in Norway.

And if the building were to continue, it would mean losing part of that finding.

How to weigh the importance of the site, which plays a part in the 12,000 years of archaeological history in the area…

With the chance to bring tourists to view a never-ending stream of whales, with pilot, sperm and minke whales coming during the summer, and orcas and humpbacks migrating in the winter.

(Lots of tasty squid nearby, it would seem.)

Because this aesthetic delight is an attraction just for whale observation. From the expansive windows inside, from atop the structure, from the café, it’s intended for visitors.

Though the island gets a reported 50,000 visitors a year, there’s a good chance this museum will make the location extra iconic.
And while there will be excavations before, and an effort to save as much as possible, it’s worth noting the back-and-forth that happened here.

The community took a minute to evaluate the best way to proceed. They considered the history. They made a decision.

They found a way to preserve what they could, while still pushing forward with an attraction they believe will bring in more tourists.

The history of a place is just a story. But it could be the story that brings people to you.

So weigh those whales, and make a decision that hopefully brings some of the past into the present.