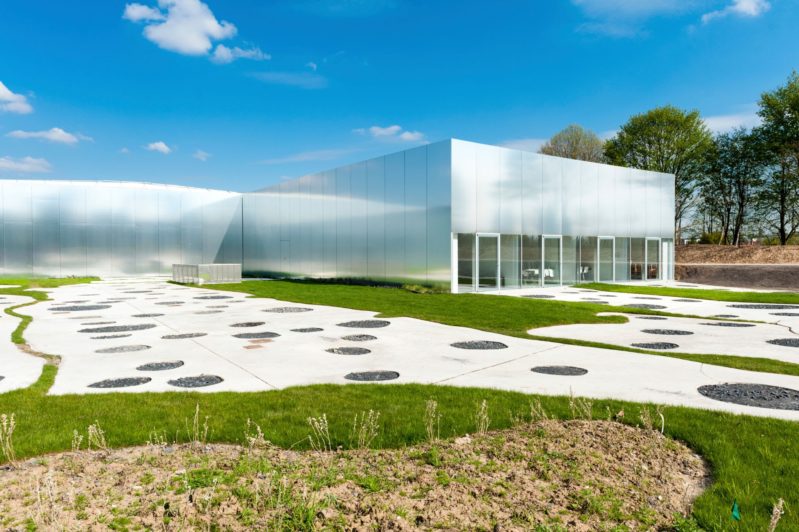 Who knew the Louvre had a little brother?

(Besides everyone in France.)

In Lens, which is about two hours from Paris, 30 minutes from Lille, and 1.5 hours from Brussels, there is a museum called Louvre-Lens.

In 2003, it was announced that there would be a regional branch of the Louvre. Several cities put together proposals, and Lens, a former mining town, ended up winning.

The Louvre-Lens was built on a former mine yard. It opened in 2012.

And besides the name and the Pritzer Architecture Prize award-winning museum, there’s something the museum does that’s a little out of the ordinary.

The Gallery of Time (Galerie du Temps) is their wildcard, their shot at something different.

Whereas museums might trend toward familiar organizational patterns (art by the same artist goes here, art from this period goes there, the gift shop where everyone wants to go is at the end), they tried something different.

And different means taking a risk.

The art history professor who told us about the Louvre’s little brother wasn’t having it.

He’s quoted saying lots of things (none of them good) about the museum in a French paper.

But being able to see artifacts from the 4th millennium BC through the mid-19th century, all in one go, is an experience that’s unlike any other.

Maybe it’s not for everyone.

But if I know anything about little brothers, sometimes they have to act out to get a little attention.

(Even more so when their big brother gets 10 million visitors a year.)

So, what risks are worth taking to raise a stir with what you’re doing?

I’m not saying just to do it for fun. The Louvre-Lens has an interesting argument. Art historians might be perplexed, but people are still coming.

What conventions could you try challenging?

And will you be okay when the disagreements come?

Because they will. But that’s okay. It’s part of the process, part of figuring out your identity, and part of learning how not to just be the little brother any longer.

(But whatever you do, don’t mess with the gift shop.)